Microscopic Bugs? It might be mites. Mould mites and Booklice under the Microscope!

HomeAnts and BedbugsMicroscopic Bugs? It might be mites. Mould...
Previous item The Unwanted Pitter Patter... Next item Anti-Roosting & Resting...

Microscopic Bugs? It might be mites. Mould mites and Booklice under the Microscope!

Mould mites (Tyrophagus putrescentiae https://en.wikipedia.org/wiki/Tyrophagus_putrescentiae), as the name suggests, are tiny mites that feed on mould as their main source of food. They will also help themselves to stored foods, especially if high in fat and protein. As these mites are very small, around 0.3 mm in length, individually they are barely visible to the human eye.

Homeowners have described opaque specks in their kitchens. However, if environmental conditions are favourable mould mites reproduce quickly, and can soon be detected by the disruption they cause in your home including infesting dry food stuff rendering them inedible. A sign of infestation is grey or brown dust on or near a stored food product, which is in fact dead and alive Mould mites, their shed skins and faecal matter.

Brooklice (Psocids) are small cream-coloured insects, measuring around 1 mm in length. They are fast moving and fast developing, requiring around two weeks to reach full maturity. Like Mould mites, Booklice also feed on mould and thrive in damp conditions. It is believed that these insects gained their name as they have a tendency to feed on tiny moulds that grow on the glue of book bindings.  This mould also grows on damp cardboard, damp food, and surfaces close to damp plaster. 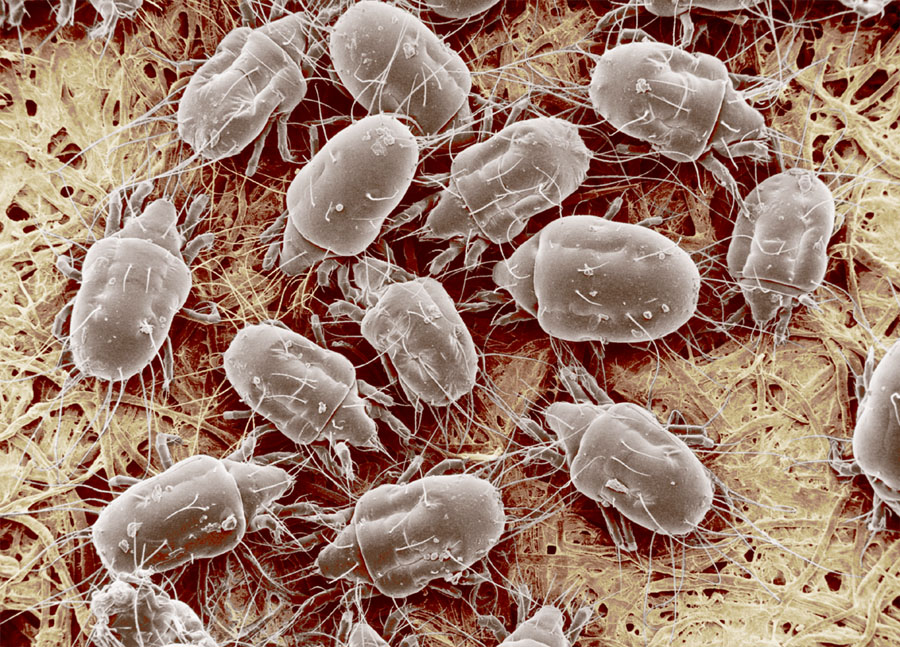 Microscopic Bugs? It might be mites. These are of the cheese variety.

To help keep your home free from Mould mites and Booklice it is important to reduce the moisture on which they thrive and the mould on which they feed.  This is also important as mould produces allergens, and frequent, long-term exposure to mould can cause health issues, including respiratory infections, and trigger allergic reactions in some people. All the more reason to banish that mould!

For a heavy infestation, Avon Pest Control recommend contacting a professional pest control company to remove the pests for you.

Get A FREE Quotation Today

We use cookies on our website to give you the most relevant experience by remembering your preferences and repeat visits. By clicking “Accept All”, you consent to the use of ALL the cookies. However, you may visit "Cookie Settings" to provide a controlled consent.
Cookie SettingsAccept All
Manage consent

This website uses cookies to improve your experience while you navigate through the website. Out of these, the cookies that are categorized as necessary are stored on your browser as they are essential for the working of basic functionalities of the website. We also use third-party cookies that help us analyze and understand how you use this website. These cookies will be stored in your browser only with your consent. You also have the option to opt-out of these cookies. But opting out of some of these cookies may affect your browsing experience.
Necessary Always Enabled
Necessary cookies are absolutely essential for the website to function properly. These cookies ensure basic functionalities and security features of the website, anonymously.
Functional
Functional cookies help to perform certain functionalities like sharing the content of the website on social media platforms, collect feedbacks, and other third-party features.
Performance
Performance cookies are used to understand and analyze the key performance indexes of the website which helps in delivering a better user experience for the visitors.
Analytics
Analytical cookies are used to understand how visitors interact with the website. These cookies help provide information on metrics the number of visitors, bounce rate, traffic source, etc.
Advertisement
Advertisement cookies are used to provide visitors with relevant ads and marketing campaigns. These cookies track visitors across websites and collect information to provide customized ads.
Others
Other uncategorized cookies are those that are being analyzed and have not been classified into a category as yet.
SAVE & ACCEPT